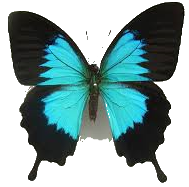 This page describes a free tool for use with XLL Plus Floating Licenses.

A floating license (also known as a concurrent license) is a shared license that is tied to a single server on a LAN, and allows the software to be used by multiple concurrent users on workstations, up to the number of multiple licenses purchased. When a usage request exceeds the number of licenses available on that server, access to the additional requestor will be denied until such time as one of the licenses in use becomes available.

When all floating licenses are in use, the panel resembling the picture below will appear in Visual Studio, in place of the XLL Add-ins Tool Window:

At this point the user should contact the users on the listed computers, to see if they are able at this time to release the license that they are using.

Sometimes, a user leaves a license locked when it is not in use, and also unfortunately leaves their machine locked, so that the license cannot be released until their return.

The XLL Plus License Release Tool is useful at this time. It will automatically log a user out of XLL Plus after 30 minutes.

To use the tool, download the correct version using one of the links below.

The tool is a Visual Studio Extension, packaged as an installation file named XllPlusReleaseLicense.vsix. Run the installer by double-clicking on the file to install the tool.

You should only install the tool on workstations which have:

After installing the tool, you will find a new command on the Visual Studio Toolsmenu: XLL+ Release Concurrent License.

Click on the command to display the tool window:

Tick the check box to switch the tool on. The window will display the number of minutes until the license is due to be automatically released.

Once the tool has been switched on, it will start automatically every time you start Visual Studio. You can switch it off by runinng the command and unticking the check box in the window.